Should Christians Go to College? 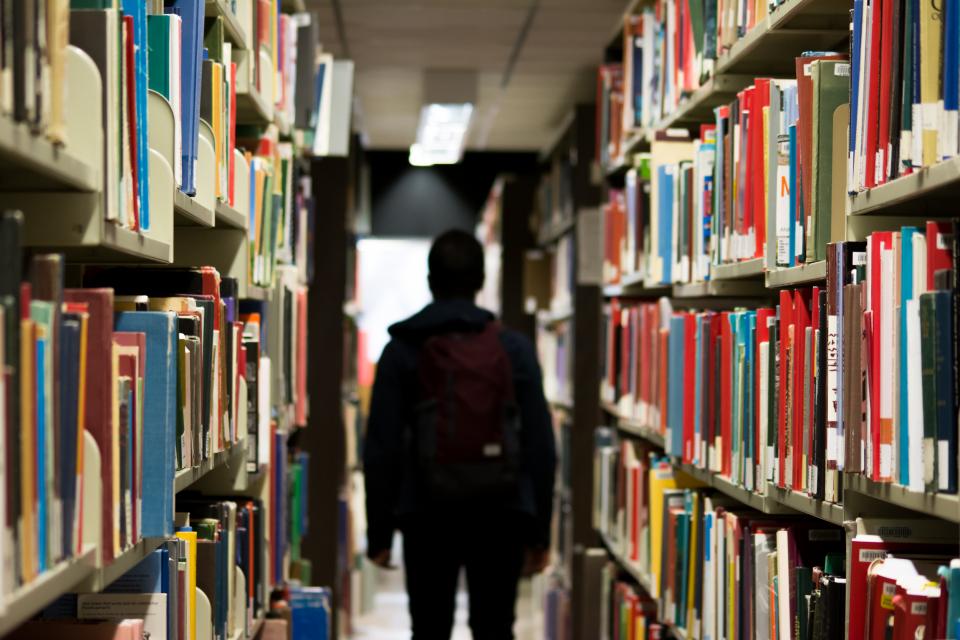 Some Christians are ‘too spiritual’ for higher education. Take my advice: God can use a few sharp minds.
While history waited, while souls perished and Israel languished under the yoke of Gentile oppression, the Messiah prepared in anonymity. Humanity would have hurried Him to His destiny, bypassing a boy’s bar mitzvah and leaping over lessons in language and life. Not God. For only three years of public ministry God took 30 years to shape Messiah’s private self.

Jesus might well have complained about the irrelevant parts of his long preparation. Carpentry? What has carpentry to do with ministry? Yet He waited, learning, growing in favor with God and man. Private preparation for public presentation was God’s plan, and Jesus’ quiet submission to it was crucial to the Messianic mission for which He was born. By my calculations Jesus must have spent about 1,560 Sabbaths sitting in a synagogue listening to a rabbi who knew less about God than He did. A natural predisposition of youth is to plunge in and “just do it.” Yet, time spent in preparation, often through a process predetermined by others and filled with apparent irrelevancies is, never wasted.

Some young people question why they should take college courses in economics or literature when all they want to do is get on with their callings. Jesus, who studied carpentry in preparation for the cross, saw it otherwise. Among the more frequently asked questions by youths eager for the fray is why they should go to college when the world is waiting for the Word through them. Their excitement for the task is commendable, and certainly God can use the foolish to confound the wise. He is God. He can chop down a tree with a banana. On the other hand, think of what He might do with a sharpened axe.

One young man asked me why he should go to college when we await Christ’s imminent return. “What if Jesus comes and I’m in college?”

“He can find you at college,” I explained.

Certainly when Christ returns we want to be found doing His will. His will, however, may be to get educated and prepared. If Christ comes and finds us diligently preparing for a future in ministry and leadership that will not come, will He be disappointed?

No, not when His clear command is to “study to shew thyself approved” (see 2 Tim. 2:15, KJV). Those found patiently, obediently studying shall be approved. Perhaps there will be less approval, if Jesus tarries, for those who hasten ill-prepared and understudied toward less of a future than they might have known.

Other objections to the long and expensive process of education are more anecdotal. What about Simon Peter? He never went to college. No, but he was certainly educated in Capernaum’s Hebrew school. His house was literally around the corner from the synagogue. Beyond that, three years in ministry training with Jesus were preparation indeed for apostolic leadership to come. No fallow intellect wrote letters so rich in truth and so perfect in language as 1 Peter and 2 Peter.

Evangelists and pastors of great productivity and anointing yet lacking in formal education can be pointed to. They are to be honored. Education is certainly no substitute for anointing.

But there are also plenty of examples of how God used the wonderfully educated to see His glory. Paul was educated, supremely educated, in the finest school in Jerusalem. Martin Luther had an earned doctorate and was a university professor. It was, in fact, at that particular university–in an atmosphere of informed thought–that the Reformation began.

At yet another university, Oxford in England, three young scholars studied together, patiently prepared together and prayed together. All three, each in his own way, changed their world for God and for good. John Wesley, Charles Wesley and George Whitefield were those Oxford three, and without their contributions England might have been consumed in a murderous fire like the French Revolution. Multilingual and broadly educated, John Wesley wrote intelligently on a variety of subjects from theology to family life, even publishing medical books that were widely read in his own time.

The youth of today, staring at the high-tech horizon ahead, would do well to realize that the future spiritual leadership of the post-modern era will need to be as educated as the generation they hope to lead.

Matching historical anecdotes seems silly, but across the board, notable exceptions stipulated, God has used educated men in wonderful ways. This is certainly not to say that He does not and cannot use the uneducated. It is to say that most of us, most of us who are not notable exceptions, need all the education and preparation we can get. The uncut diamond, precious but rough, resists the cutter’s work. Multifaceted, it will be even more valuable, but a diamond in the rough, knowing it is a diamond, resents the hard edge that improves its beauty.

Some may say, yes, that’s correct if you want to be an engineer, but I want to preach. The congregations of the 21st century are growing in sophistication. A college degree is the high school diploma of today.

Congregations will expect their pastors to be at least as educated as they are, and broadly educated, not just possessed of biblical-theological knowledge. Educated listeners, congregations who are computer literate and politically savvy, will more and more demand pastors who understand the integration of faith into every realm of life. They will be less and less patient with ungrammatical, uninformed sermons that reflect a limited worldview and ignorance of general knowledge.

Paul’s sermon on Mars Hill is full of references to Greek poets. Paul, one of the most educated men of his day, able to move from language to language with facility, wove the pagan poets into a gospel message to reach the heart of a faithless and confused people.

All the education, all the language studies, all the years spent in Gamaliel’s school were part of the man, Saul of Tarsus. They were in his arsenal, familiar weapons in the hands of a well-trained warrior. Paul, likewise, was a multitalented, well-educated weapon in the hands of a mighty God.

One practical reason for the expense and hard work of getting educated is value added. The goal, of course, is to be a better, more professional leader, to go more effectively through every open door. The problem is that without the proper credentials, certain doors of utterance may never open.

Some may say academic credentials are worldly stuff and that they care nothing for such things. Perhaps not. Others may care, however. And those others may not be all wrong. They may believe that virtues such as discipline and perseverance, which tend to make for successful college careers, are also good reasons to hire. Education is no substitute for anointing, but young professionals being interviewed may discover that those doing the hiring expect both.

Beyond these more pragmatic concerns is a greater issue. What are some of the deeper benefits of Christ-centered higher education? One, of course, is obvious–education, or at least a better chance at it. There are those who have never been to college and never graduated high school who are supremely well-read and well-rounded. However, the odds are in favor of the system, with its required reading and classroom lectures.

To meet the academic standards of a Christian liberal arts university one must learn to write clearly and to think critically. To do so in an atmosphere of spiritual intensity and intellectual challenge is a broadening, deepening and edifying experience.

The question is, what if Jesus comes tomorrow? If He does, I am content to be found pouring into eager young lives the knowledge and wisdom that may transform them into the Wesleys and Whitefields of this millennium. 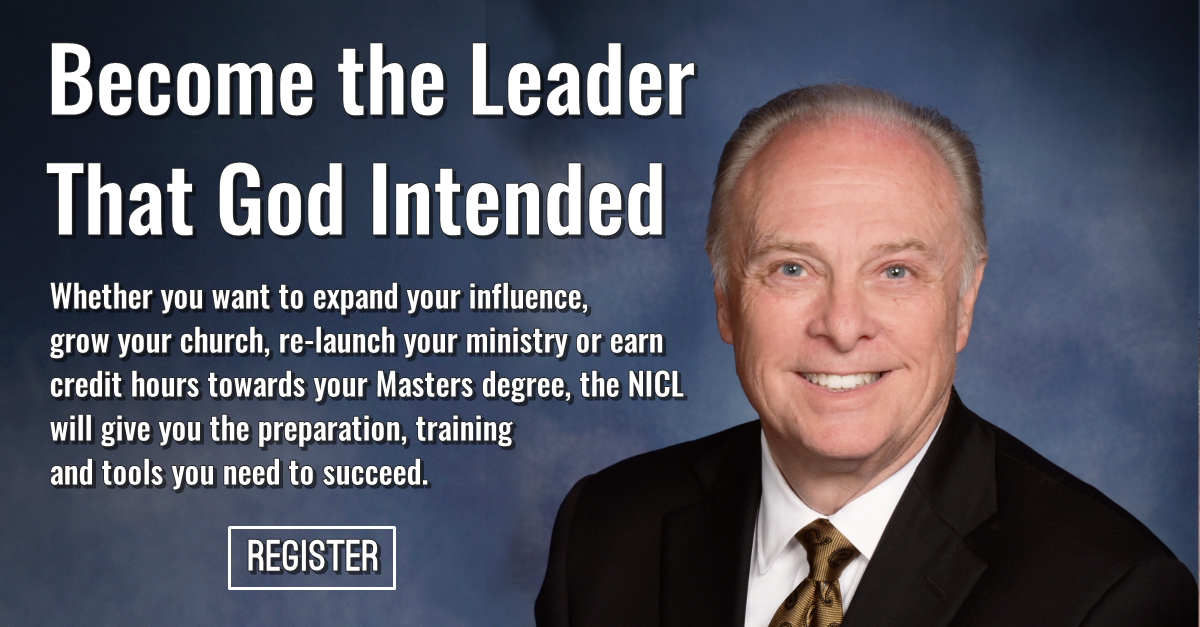