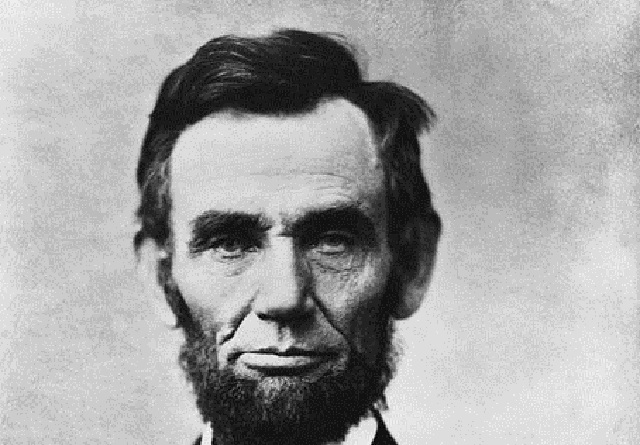 Its young men gone to death or in prisoner of war camps far in the North, its heartland in ashes and its agriculture and industry destroyed, the South, in 1865, was shattered. Postwar poverty and a deep sense of shame and defeat gripped the states of the former confederacy with economic and psycho-social depression.

The victorious North had not escaped the horrible civil conflict without its own wounds. The rolls of the dead and the wounded filled whole pages of the northern newspapers. The federal army had won a

Pyrrhic victory at best. Then, as reports of the atrocities in camps such as Andersonville became more public, the screams for revenge grew louder and more demanding. Many in power wanted the defeated South crushed and humiliated. The army and the congress wanted the conquered rebel states occupied, gutted and forever stripped of full participation in the republic.

Lincoln, as war-weary as any, with as great a reason for vengeance as they, would have none of it. Whatever demeaning and vindictive excesses were perpetrated during “reconstruction,” none were Lincoln’s fault. The South had rebelled, had cost the lives of thousands and had devastated a generation for the sake of an unjust and immoral cause. Lincoln, with the power to punish them bitterly or even to return slavery for slavery, longed instead to return the wayward safely to the fold.

Abraham Lincoln, sixteenth president of the United States, had the South at his feet after Appomattox. His closest advisors, even his own cabinet urged him to step on the naked throat of the defeated Confederacy and press down. Only his meekness, his refusal to use his power in unrestrained vengeance, saved the South and the nation from a postwar nightmare even worse than it was.

Lincoln, long known for his honesty, proved the depth of his great and noble character with meekness. In his second inaugural address, with the rebellious states of the confederacy on their knees and the union clamoring for revenge, Lincoln boldly called on Americans for healing love:

1With malice toward none, with charity for all, with firmness in the right as God gives us to see the right, let us strive on to finish the work we are in, to bind up the nation’s wounds, to care for him who shall have borne the battle and for his widow and his orphan, to do all which may achieve and cherish a just and lasting peace among ourselves and with all nations.

1. “Second Inaugural Address of Abraham Lincoln, Saturday, March 4, 1865,” The Avalon Project at Yale Law School. Retrieved from the Internet on June 22, 2003 at www.yale.edu/lawweb/avalon/presiden/inaug/lincoln2.htm.